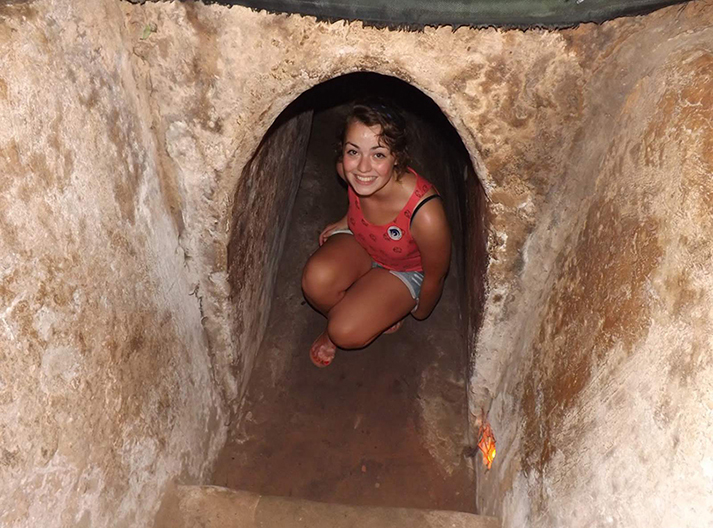 Cu Chi is well known as a heroic place during the war against American army. It was an underground city with living areas, kitchens, storage, weapons factories, field hospitals, command centers...

Pick you up at your hotel and drive Cu Chi District to visit the Cu Chi Tunnels 70 kilometers North West of down town Ho Chi Minh City. The Cu Chi Tunnel system had been created long time back, from 1948 to assist Viet Minh in the combat with French.

And it was continuing built over 25 years later. It was an underground city with living areas, kitchens, storage, weapons factories, field hospitals, command centers. In places, it was housed up to 10,000 people who virtually lived underground for years.... getting married, giving birth.

During the American War the entire area of Cu Chi was designated a free fire zone and was heavily bombarded. From 1988, two sections of tunnels have been open for visitors. Be back at your hotel after 5 hours travel & visit.